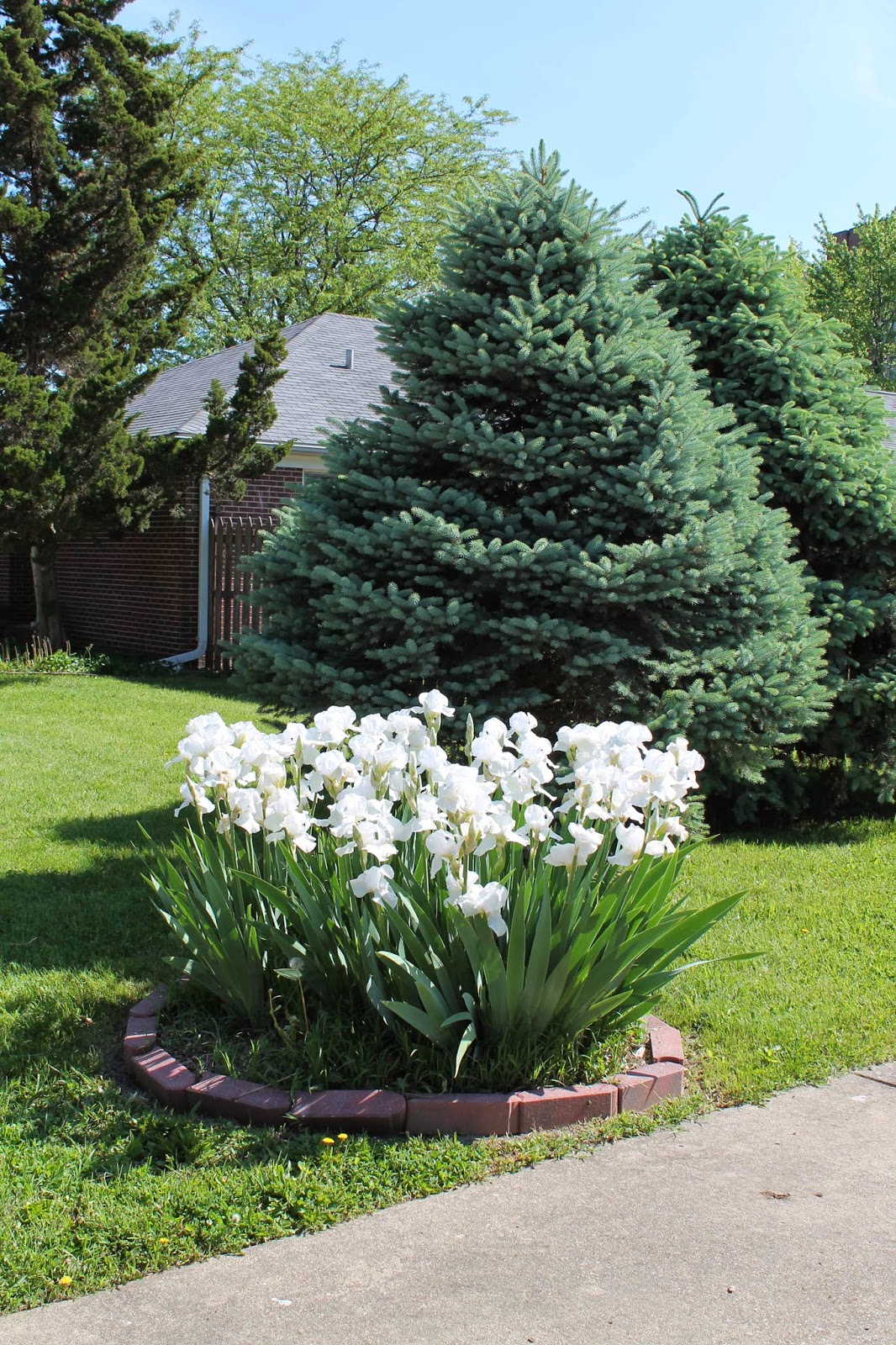 These beautiful irises, outside our shelter, were donated and planted by a group of volunteers  in seasons past.  Although fading now, they were amazing and many of us enjoyed them as we walked or drove by, especially on the day this picture was taken.  I wondered if the volunteers drove back by to see their work this year.  Probably not.  But that is probably the case with most of our volunteers, not getting to see the benefits of their hard work.

We have volunteers who find clothing for children they will never meet, volunteers who work with people when vulnerable and never see when their strength has returned.  Volunteers who step into someone life and help in that moment, but cannot witness how that help truly made a difference.

Thanks to all the volunteers who invest their time and talents in the many programs at Dove.  Volunteers who give a kind word of encouragement and a smile.  Volunteers who do the dirty work behind the scenes,  People helping people.  What would we do without you?
at May 30, 2014 No comments:

BABES Program Wraps up for another school year

Almost 2,000 children benefitted from the BABES, BABES Bridge, and BE YOUR BEST programs this school year!


The BABES Program was presented at 21 schools in Macon and DeWitt Counties. Three schools were added in DeWitt County this year. These K-3rd grade presentations were made by 33 BABES Volunteers whose volunteer hours totaled about 230 hours.


The BABES Bridge and BE YOUR BEST Programs reached 384 students at 6 schools in Macon and DeWitt Counties.


While we can share many numbers, we cannot begin to share the fun it is to go into the classrooms and watch as the children learn these valuable lessons. Many lessons are shared, but one, "Stop, Think, before you Decide" is a good foundation for most of the lessons.


If you’d like be learn more about the BABES programs, please check our website at www.doveinc.org. To seek information about summer training opportunities, please contact Sandy Laesch at dove@doveinc.org. The training is about 5 hours followed up with in classroom experience. A few things to keep in mind: you must be 18 years old, able to pass the background check and be available during traditional school days.


Special thanks to ADM Cares for a grant to cover most of the expenses of this program the last two school years.
at May 16, 2014 No comments:

Celebrate Older Americans Month in May

Every May since 1963, people in towns and cities across the country have come together to celebrate the enormous contributions of older Americans, who are the roots from which our community grows, who bestow gifts of wisdom and insight upon younger generations, and strengthen the bonds between neighbors to create a better place to live. Older Americans Month is our chance to show our appreciation and support to our seniors as they continue to enrich and strengthen our communities.

This year the U.S. Department of Health and Human Services is focusing on injury prevention with the theme "Safe Today, Healthy Tomorrow@. By taking control of their safety, older Americans can live longer, healthier lives. RSVP is focused on making sure our volunteers are happy and healthy year round. Many studies show that volunteering helps you live longer, stay healthier, and promotes a positive outlook on life.

Help us celebrate Older Americans Month! Join your neighbors not only to recognize what older citizens bring to our communities, but also to help them continue playing a vital role in weaving a unique and lasting community fabric. Contact RSVP in Macon or DeWitt County to find out

In 1962, President John F. Kennedy signed a proclamation which designated May 15th as Peace Officers Memorial Day and the week in which that date falls as Police Week. Currently, tens of thousands of law enforcement officers from around the world converge on Washington, DC to participate in a number of planned events which honor those that have paid the ultimate sacrifice.

The Memorial Service began in 1982 as a gathering in Senate Park of approximately 120 survivors and supporters of law enforcement.  Decades later, the event, more commonly known as National Police Week, has grown to a series of events which attracts thousands of survivors and law enforcement officers to our Nation’s Capital each year.

National Police Week draws in between 25,000 to 40,000 attendees.  The attendees come from departments throughout the United States as well as from agencies throughout the world.  This provides a unique opportunity to meet others that share a common brotherhood.  In that spirit, the Fraternal Order of Police DC Lodge #1 sponsors receptions each afternoon and evening during Police Week.  These events are open to all law enforcement personnel and are an experience unlike any other.